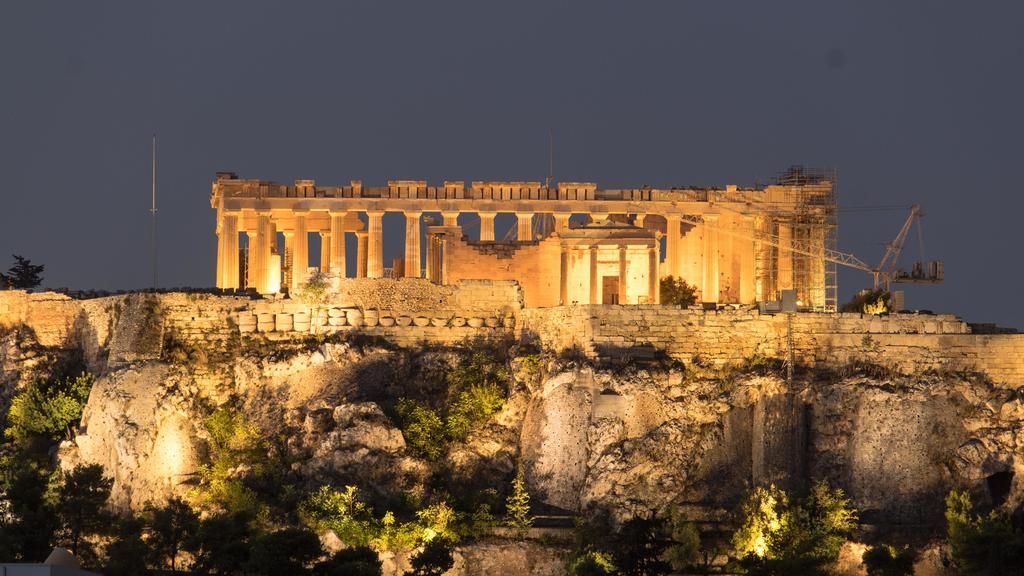 Includes visit to hill of Acropolis, Parthenon, Museum of Acropolis, Temple of Zeus, Marble Stadium, Syntagma square and the changing of the guards, Athens Trilogy(Academy, University of Athens, and National Library). At the end a ride to Lykabetus Hill with a panoramic view of Athens.

All of the above plus a visit to other sights like Pireas Port and neighborhoods, the Athenian Riviera the new Olympic Stadium and finally a meal at a traditional taverna. 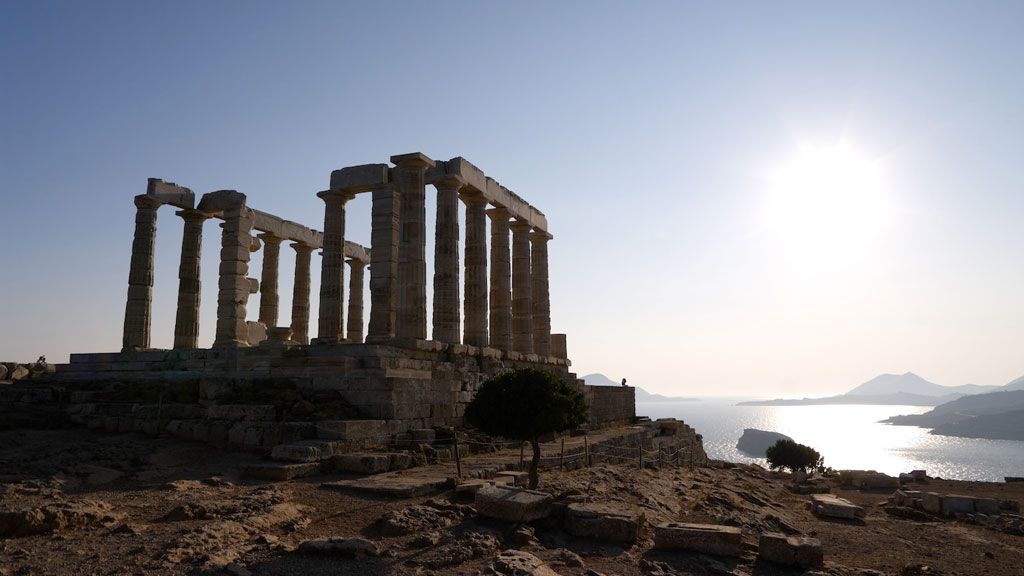 Includes trip to the south tip of Attica region, by the Athens Riviera, a beautiful coast avenue, stop to Vouliagmeni lake, and a visit to the Temple of Poseidon at Cape Sounio.Cape Sounio, which has a spectacular view, was chosen by the ancient Greeks to built several temples surrounded by walls. The biggest temple was dedicated to Poseidon ,the God of the Sea. In 480BC was ruined by the Persian invasion to Greece. Periklis,whose leadership was named the golden era of Athens, rebuilt the Temple from 444BC to 440BC.
TIP: Best time to visit Cape Sounio is at the end of the day, in order to enjoy a magnificent sunset having ouzo and seafood!! 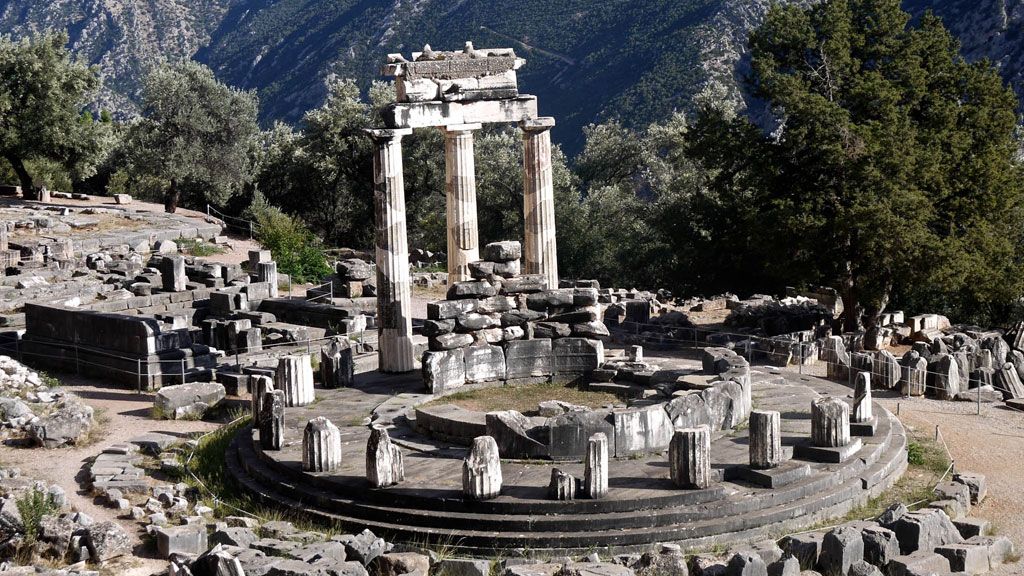 Includes a trip(185km) , a.stop at Livadia and Arachova, two beautiful little cities, and finally the sight of Delphi Sanctuary, dedicated to God Apollo. Considered by the Greeks, navel(centre) of the world. One of the most important ancient sights, on mount Parnassus south-western slope, with a breathtaking view. There are the Archaeological Museum and the main complex , with the Tholos , a Stadium , a Gymnasium , the Athenian Treasury and other. And finally a meal to a traditional taverna. 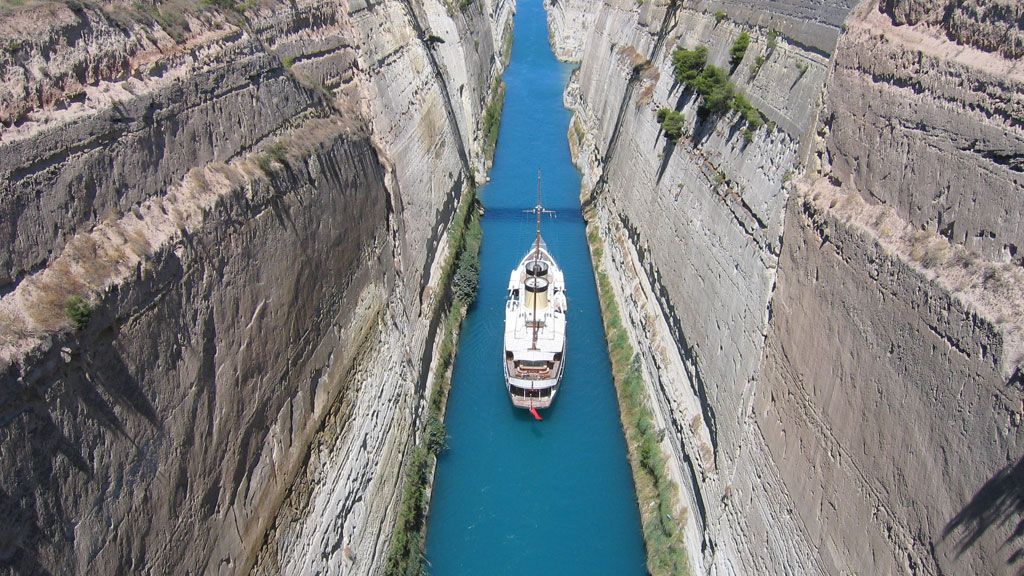 Includes a trip to the Corinth Canal, opened in 1893, a dream of the ancient Greeks and others. With a length of 6.4km, actually made the Peloponnese peninsula an island. After that will visit the Acrocorinth, the Acropolis of Ancient Corinth, one of the most impressive of mainland Greece. The Temple of Apollo, and the Museum of Corinthos will be next. Next stop will be Nemea, famous for its wineries and vineyards, followed by a meal to a traditional taverna. 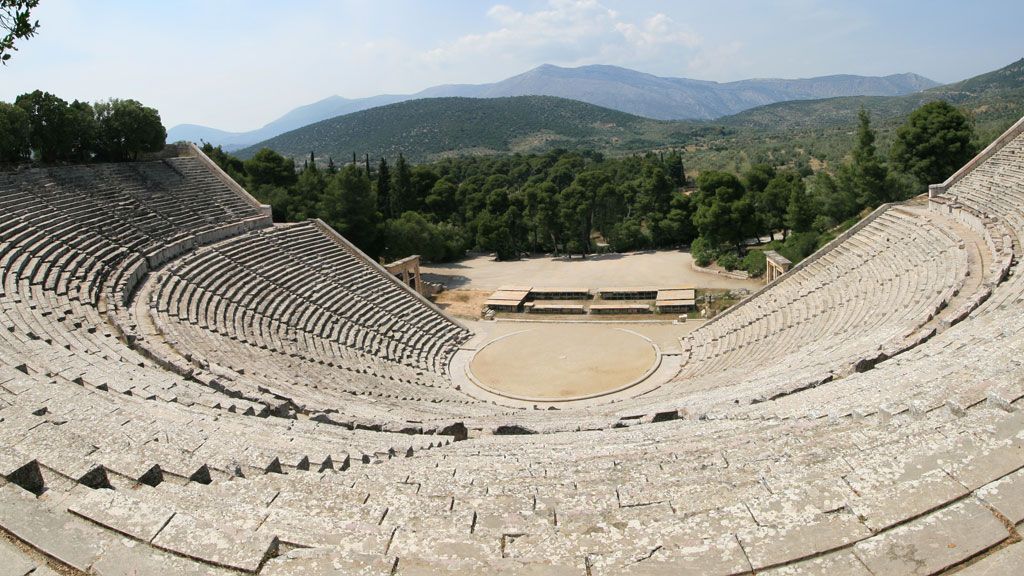 Includes a by the sea, for the most part, ride to Mycenae citadel. First stop to Nemea, famous for its wineries and vineyards. In Mycenae , a historical ancient kingdom, will visit the main museum, the Cyclopean Walls, Lions Gate dated 13th century BC, and others. Next stop is Nafplio, a seaport town, served as first capital of the kingdom of Greece for 5 years, till 1834. Filled with colorful buildings and houses, maintains a traditional architectural style along modern-era neoclassical buildings. A water castle, Bourtzi, in the middle of Nafplio bay, and the Castle of Palamidi, built by the Venetians in 1714, gives an impressive view of the Argolic gulf. The fortifications of Acronafplia, the main museum , many temples and statues are among the city's must see. After a meal at a traditional taverna, we visit Epidauros. Its Ancient Theater, with exceptional acoustics and 14.000 seats is a major sight, along Epidauros Museum, and the Temple of Asclepios, the Greek God of medicine and well being. After that, we return to Athens from a different route. 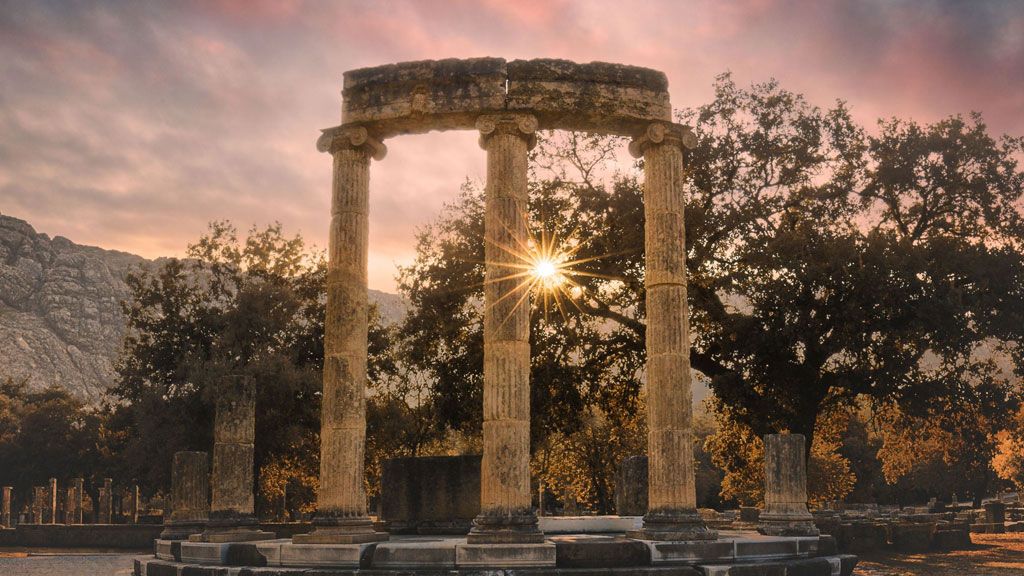 Includes a trip to Ancient Olympia, home of the first Olympic Games at 776BC.
First stop is at Corinth Canal, a 6.4km long canal which made Peloponnese peninsula an island. After cruising central Peloponnese through Tripoli and Megalopoli, we reach Ancient Olympia. There was the Sanctuary of Zeus, and Olympic Games were held in honor of him, every 4 years. During the games, Olympic truce was enacted, for everybody to participate in peace. We can visit the Museum of Epidauros, the Stadium, the Temple of Hera where the Olympic Flame is lit with a parabolic mirror, to name just a few. 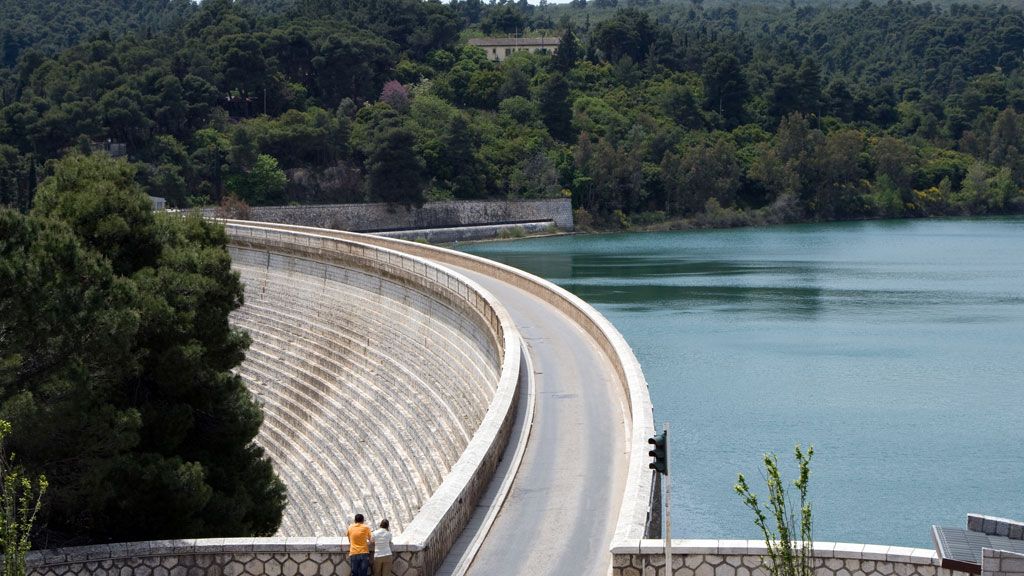 Includes a trip to Marathon, the battle field, Archaeological Museum and the dam of Marathon.
Marathon is located north-east of Attica region. A historical area, where in September 490BC the Battle of Marathon took place, between the heavily outnumbered Athenian army and the Persians. Greeks won and Pheidippides, a herald at the battle, was sent running back to Athens (42.195meters) to announce the victory. Thats how the Marathon race was conceived in modern times. Athens Classical Marathon is considered to be one of the most difficult and challenging due to the uneven terrain. We will visit the city, battle field, and Museum of Marathon. On our way back, we will stop at Marathon dam, completed in 1929, major water supply of Athens. 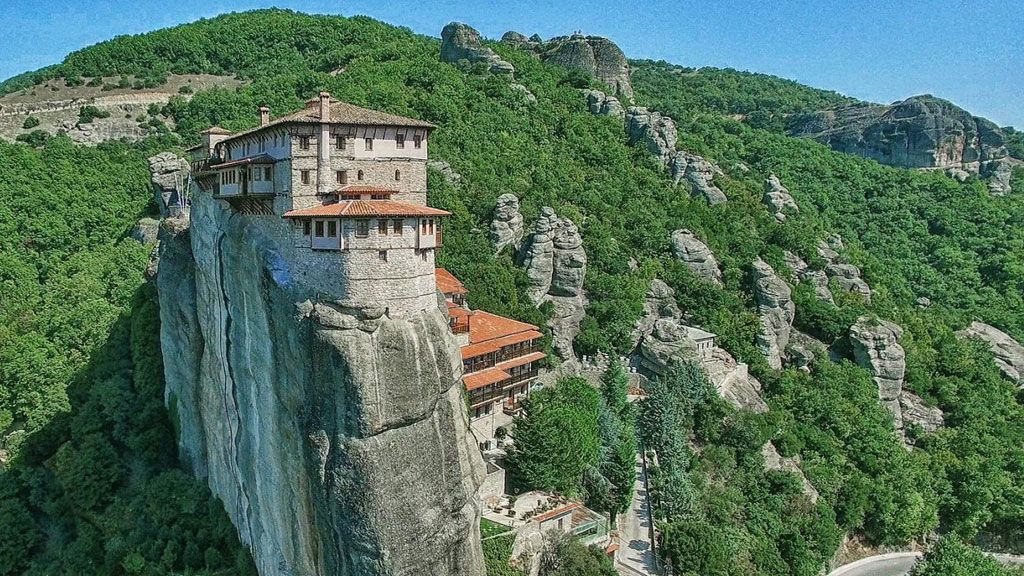 Includes a trip to Meteora,central Greece, 360km from Athens, part of the UNESCO world heritage list.
Around 65 million years ago, a series of earth movements along weathering process by water,wind and extreme temperatures, slowly formed these unique and enormous columns of rock, dominating the local area.Some are 400m(1300ft). In Greek, Meteora means 'elevated'. There is one of the largest and more precipitously built complexes of eastern orthodox monasteries, second in importance only to those in mount Athos. Monks occupied the caverns in 11th century, but not until the 14th century monasteries were.built due to the increasing number of Turkish attacks. Of the 30 monasteries, only 6 are still functioning( 5 male, 1 female). At that time, access to the top was via removable ladders, lashed together or windlass. Also baskets, ropes, or large nets were used to haul up both goods and people. Nowdays, steps have been curved into the rock, since 1920s. After Meteora, we will have a.meal to a traditional taverna and head back to Athens.